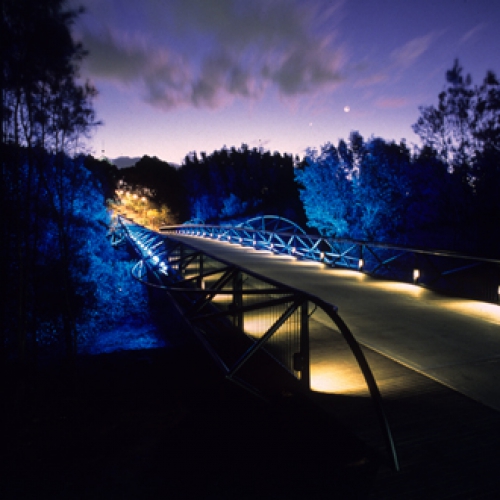 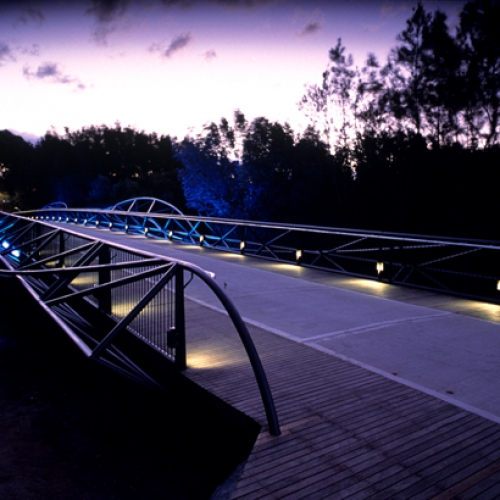 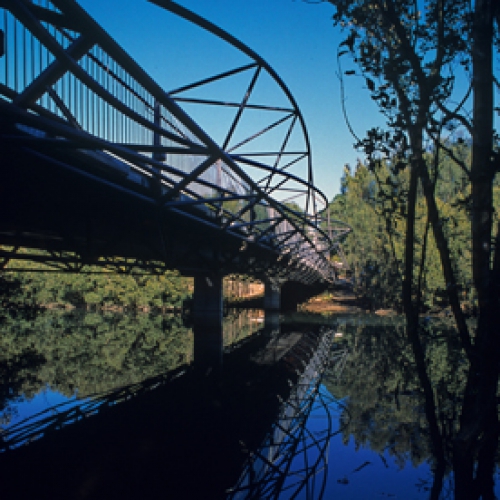 The concept for the bridge drew on the energy of the writhing mangroves the parasite bridge attachments transform the existing structure into a new bridge form. Thus public art performs the function of re-inventing and transforming an existing structure. The flowing curved trusses accentuate both the sense of movement of walking and the asymmetric organic energy of growth.