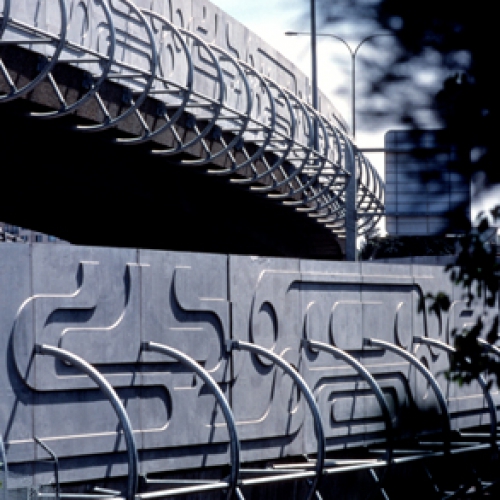 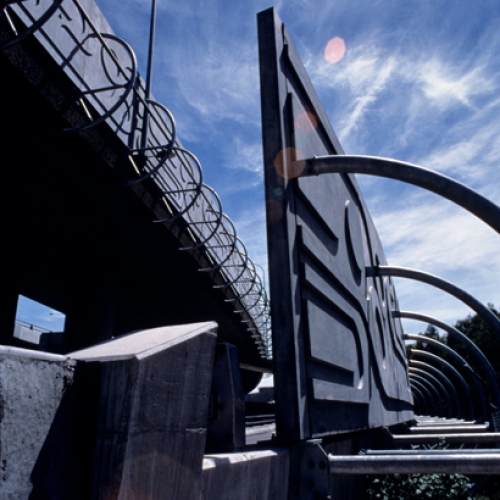 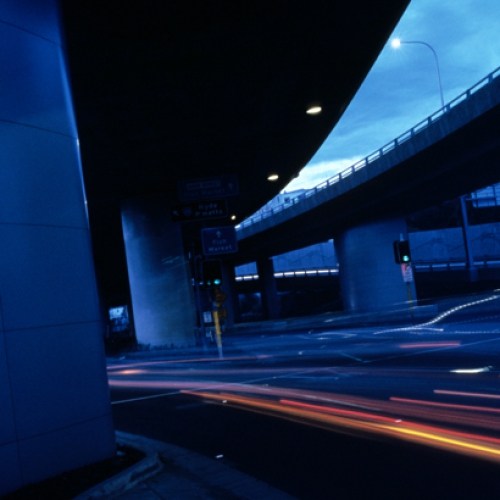 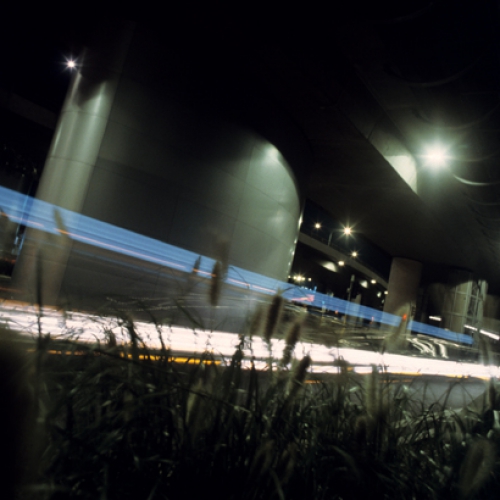 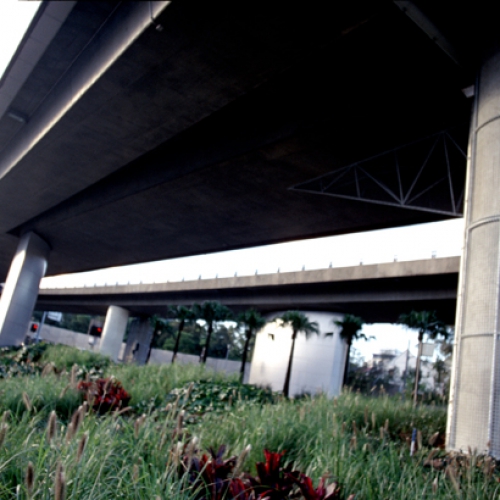 Glebe Island Arterial Streetscape represents a milestone in collaborative design, which rethinks the leftover spaces beneath freeways. The site lies beneath the approach freeway to the Anzac Bridge and forms a separation between historic Pyrmont and the working waterfront with ? sh-markets. The needs of pedestrians, cars and light-rail required to be met via a new approach to road architecture.

The team included Conybeare Morrison and Associates, Context Landscape Architects and Richard Goodwin P/L Art and Architecture. During a six year design process the original road designs were changed to encompass a new pedestrian vision for this foreshore zone complete with sculptural installation by Richard Goodwin. The inclusion of such a permanent vision for a new “road architecture” was a first for the NSW Roads and Traffic Authority.

“I developed the sculptural component as a way of engaging the architecture of the freeway via prosthetic shapes attached to the forest of columns. The combination of aluminium wings, stone finished turrets and growing frames create a “pin-ball” machine of prosthetic devices which mediate between the pedestrian and the car to facilitate an increase in the permeability of the space.”