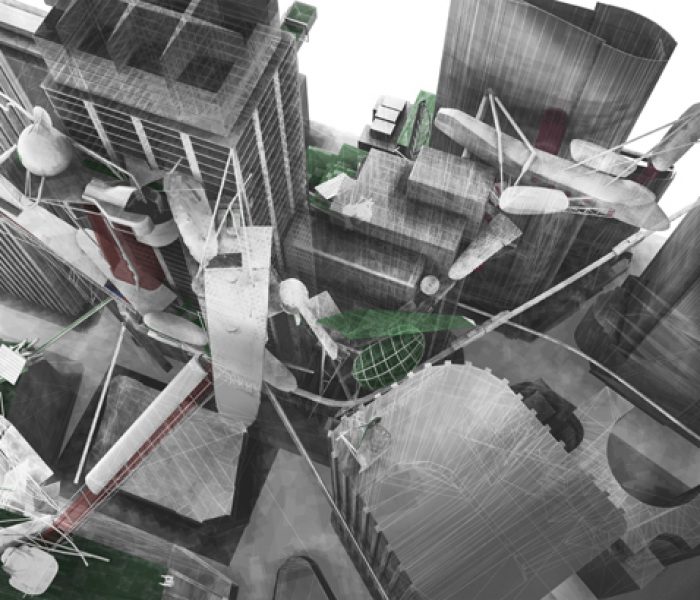 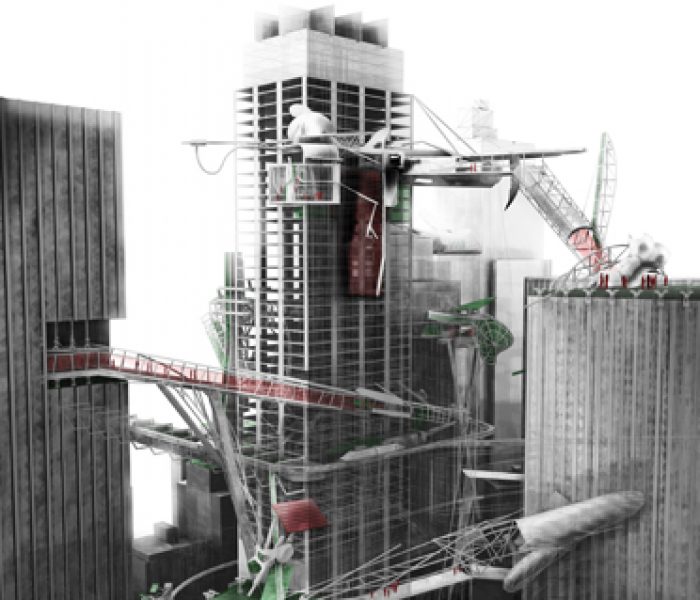 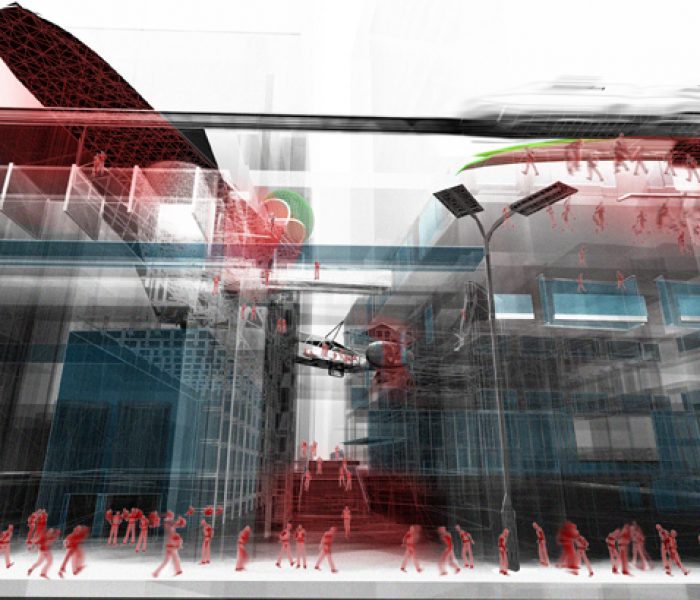 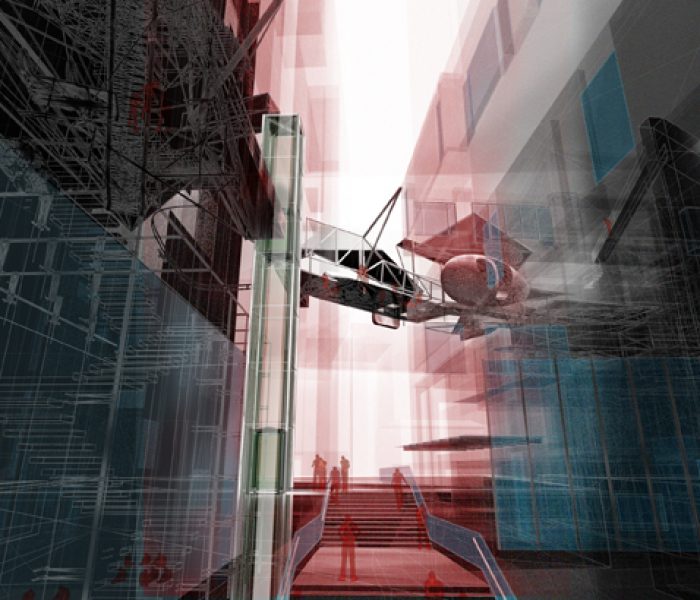 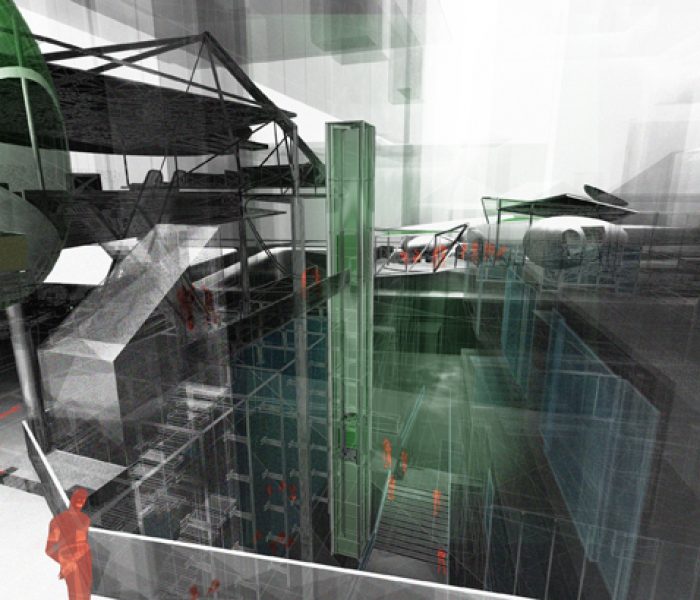 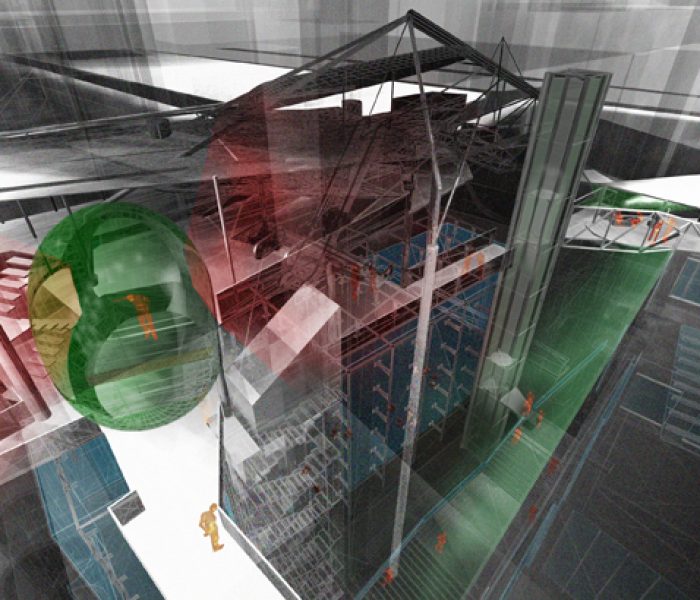 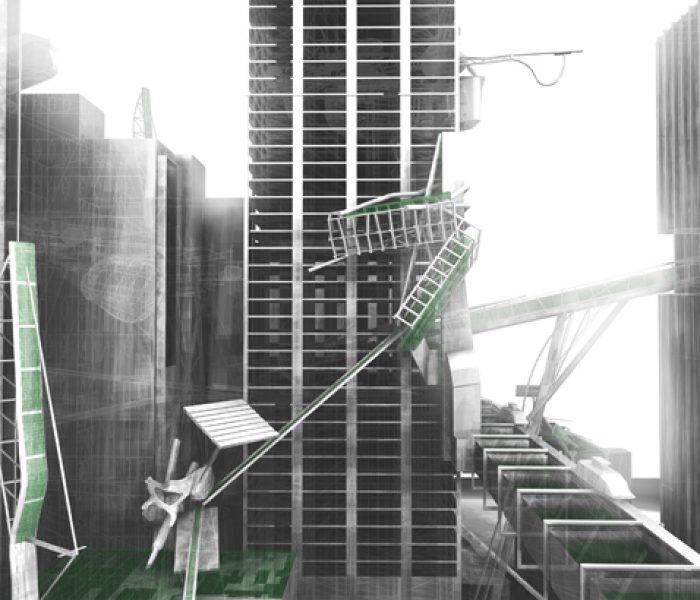 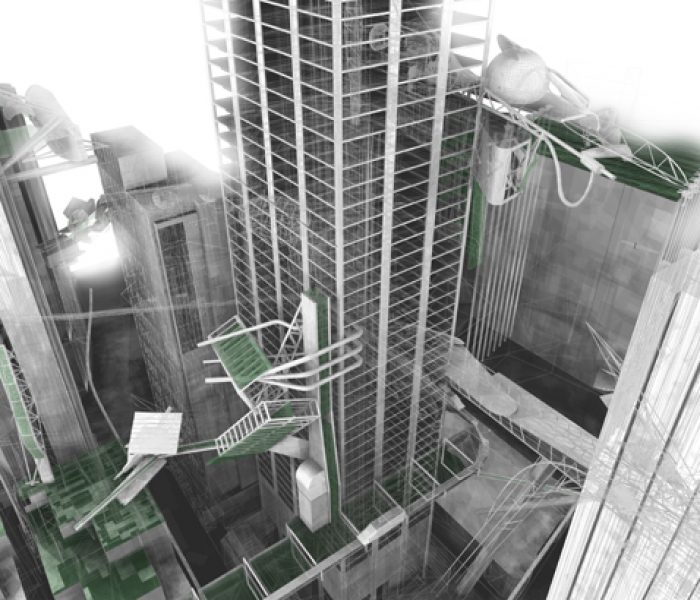 The city is in a Continual State of Becoming

Let us turn back to the relationship between Porosity Research and the Situationists , in particular the work of Constant Nieuwenhuys whose  architecture  can  be  conceived of in terms of presence and continual becoming. Thomas McDonough writes:Constant’s New Babylon, his designs for a future  Situationist city, may in fact be accurately characterized as an architecture of presence. For Constant, the automation of work heralded a future of temporal freedom that would be matched by a concomitant freedom of movement. Humanity’s future would be in- scribed in the liberating image of the nomad,  and  Constant’s city would provide these wanderers with an appropriate setting. 1

Constant’s remarkable body of work revolved around a sequence of architectural models and drawings which wrapped the eternal playing of the Situationists in a continuous cocoon of fluid   architectural program. The  Situationists believed that liberated  from the need for work, people would roam the world and its architecture via one continuous building suspended above nature and the underground realm of technology.

Many parallels can be drawn between Constant Nieuwenhuys vision of ‘Unitary Urbanism’ and the study of Porosity. To start with there is a relationship founded in the graphic representation of architectural ideas, to interrogate a political aspect of the city.

From the practice of urban wanderings (the derive) the Situationists continued to use montage aesthetics to depict detournament as a building envelope. 2 The Situationists attempted to measure capitalism and post war consumer- ism, whilst challenging architecture through performance and drawing. This was carried out post- World War Two in a climate of optimism tempered by the Cold War. Here the parallel to Porosity is clear: Porosity is an attempt to continue the interrogation of the city with similar tools but in a climate of acute paranoia and instability, falling under the banner of ‘The Age of Terror’.  Porosity maps the equation between public and private urban spaces in order to highlight and address imbalances.  I t fights a tendency towards closure, agoraphobia of a whole culture and acute paranoia. The urban metropolis is experiencing a proliferation of the spaces of delusion and paranoia.

Psychosis boundaries fail, frontiers are breached. In psychotic space an external object a whole, a part, or an attribute of a person or  thing  –  may  be  experienced  as  if  it had invaded the subject…. The sense of being invaded may be projected into some larger screen than that of the psychotic’s own body; the threat maybe seen as directed against some greater body with which the psychotic identifies: for example, the ‘body politic’ of nation, or race.3

The fear of terrorist attack is projected onto the public realm and affects our relationship with public space. The western city limits the possibilities for public space, rest and amenity as a paranoid security measure.  The irony is that these measures are largely ineffective and detrimental to cultural life. Such an institutionalized response represents a dangerous, nationalized paranoia. Increased security measures lead to a series of closed architectural bodies which porosity attempts to penetrate. These intrusions ritualistically map chiastic spaces as a form of public- ness via performative inhabitation.

“Outside” is the enemy in “the age of terror”. Porosity and an architecture of perpetual f lux keep expanding the positive “ inside” in order to discourage the closure of architecture to a negative “outside.” 4

Porosity is the project of revealing urban paranoias. The project is interested in the dissolution of an urban expectation of a closed   architecture  and  provokes  the  connection of claimed internalities between urban structures. These marriages constitute a potentially rich layer of human relationships within a city. Valued as a fundamental structure, they can be understood via the f fluidity of inhabitation and. Architecture evolved via the process of accretion and trans- formation with parasite actions according to needs and the added dimension of time forms the unified body of the city. Porosity creates continually evolving conversations which lead to change. Of course, a state of perpetual becoming must lock horns with the drive for order created through the modern era, which dictates rationale and design and which is intolerant of ambivalence. 5

Porosity’s process and  its formula involve a relationship between private, public and inhabitation. As the patterns of private program, public population and inhabitation f lux and shift, so do the projections for urban metamorphosis predicted in the   animations of  “what  a  building  desires. ”

Once a linkage is made, new desires and intensities will form, suggesting what the architecture is a continual state of becoming.

4 Bauman, Zygmunt, Modernity and Ambivalence, Cambridge, Cambridgeshire: Polity 1991 p.53 as per the reading of …