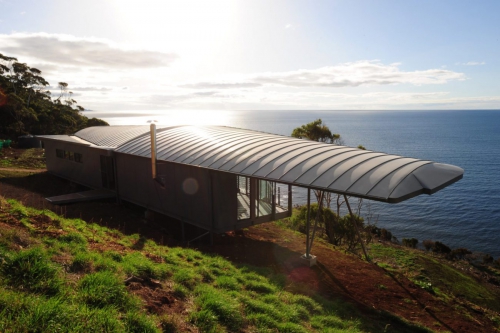 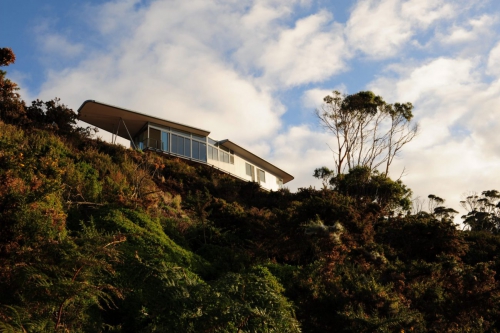 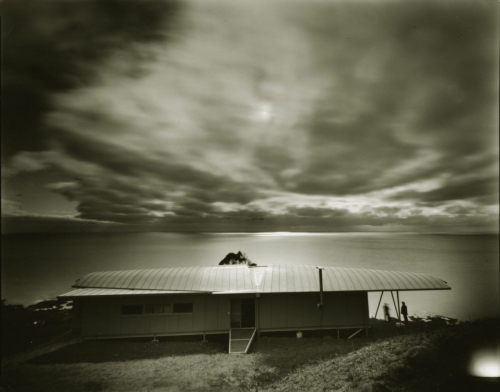 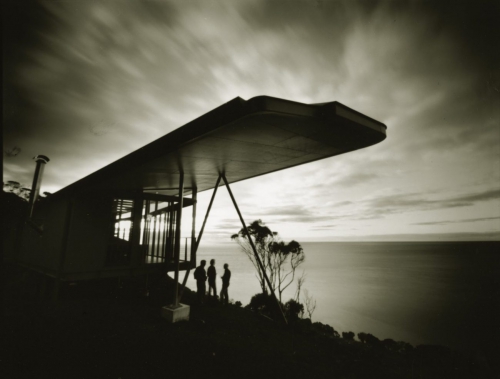 Wing House plays on wing as a metaphor both as aeroplane and as eagle, perched on the cliff’s edge with wings outstretched.

The topographical extremes of the Table Cape site meant that Wing House was to hover, with only its claws penetrating deep into the ground.

“I like the idea of attaching things… Here was a situation where the site was so extreme the building becomes a little bit like a parasite, clinging for survival to this edge. And it didn’t take long for the metaphor of flight to come up. You stand there in the wind with your arms out and you’re almost doing the building.”